Hard to believe my last post was end of August.  I now have faster broadband so will try and get back into the habit of posting more often.  I do post on twitter most days for those interested.  Today Ian M found 2 sleeping golden plovers on Black Hole Marsh which was different and both remained asleep until being spooked and landing further away where they then promptly went back to sleep! 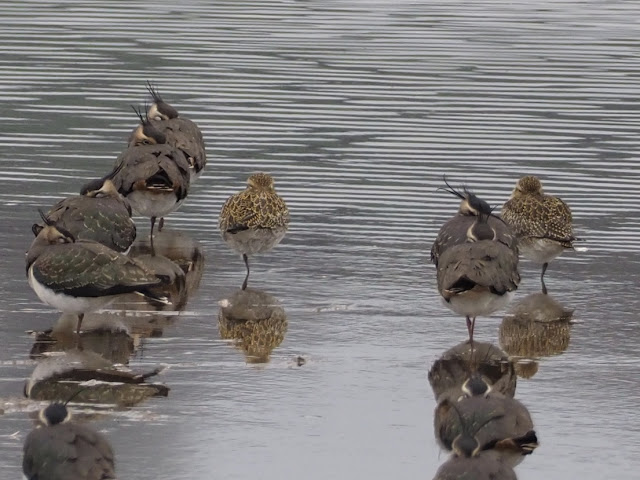 On a flat calm sea this afternoon was a lone great crested grebe close in until chased out by a dog.  Not much of a picture as only had smaller camera with a wide angle lens attached but shows how calm the sea was 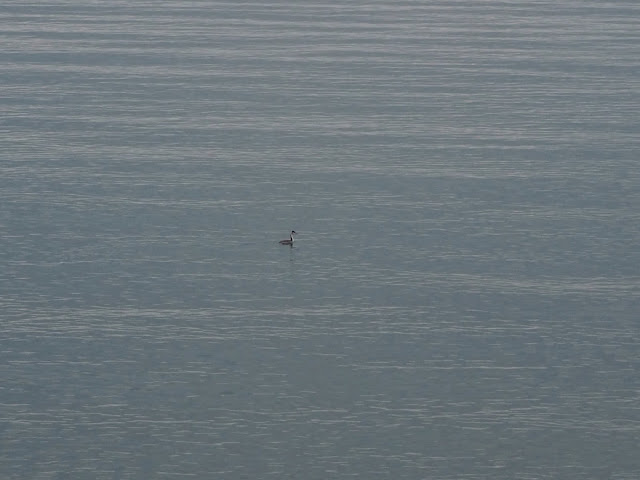 Locally we have regularly been enjoying the large numbers of hawfinches present in Shute churchyard.  Up to 25 have been seen though I personally have only seen a maximum of 6 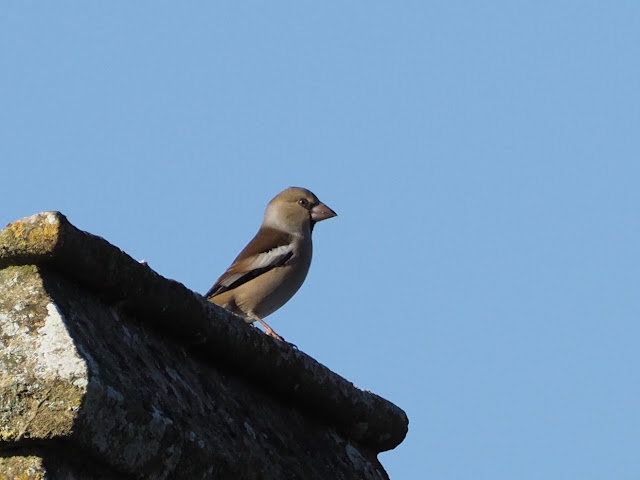 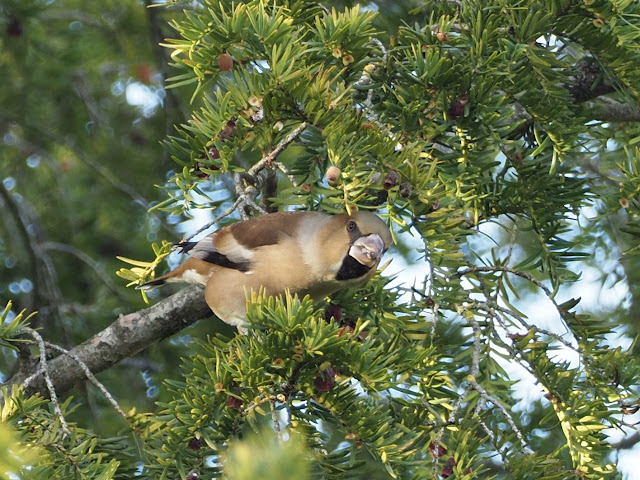 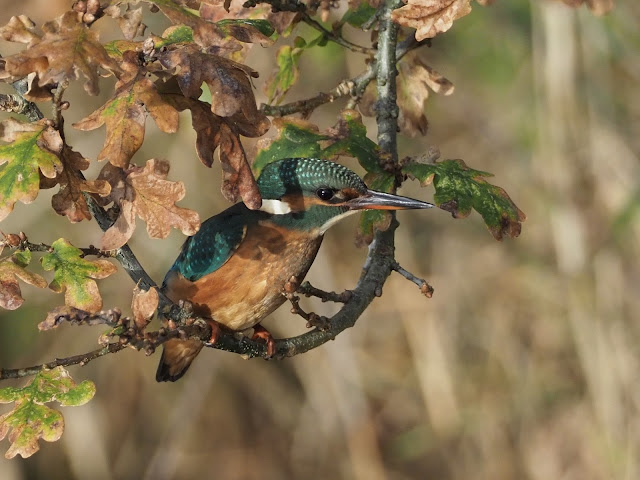 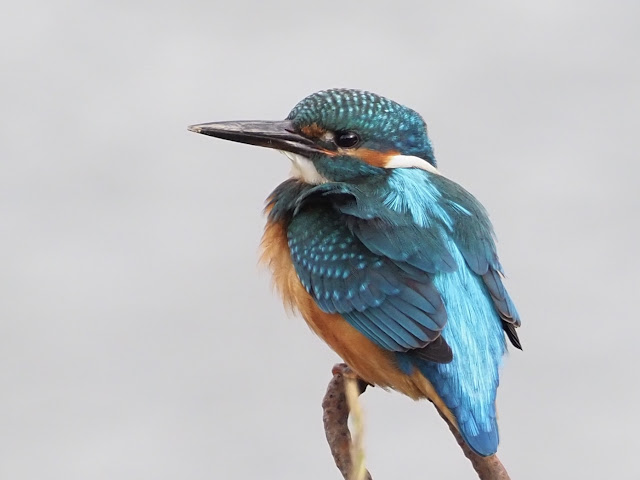 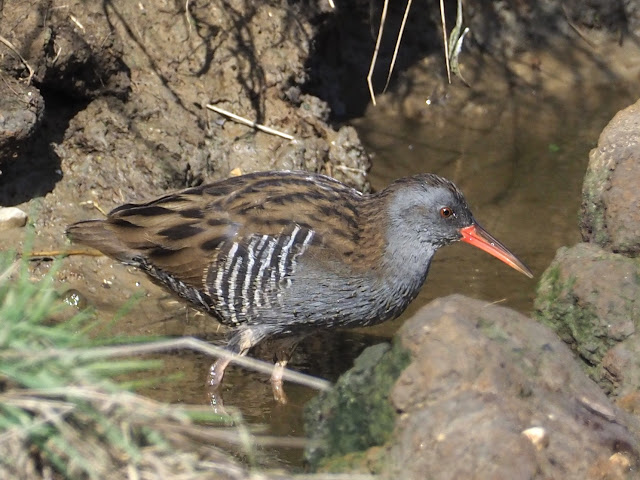 Buzzards are regular of course 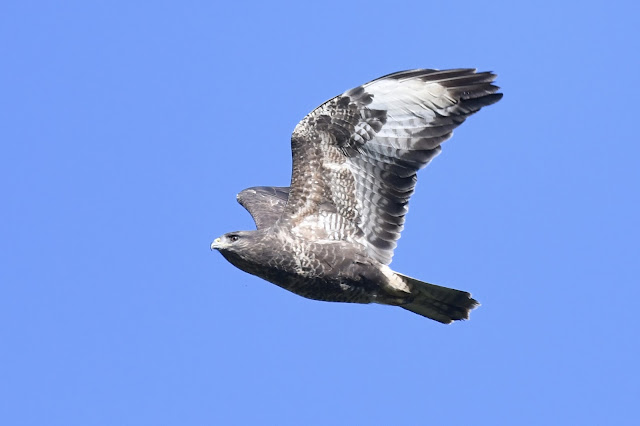 and also plenty of stonechats particularly on Colyford Common 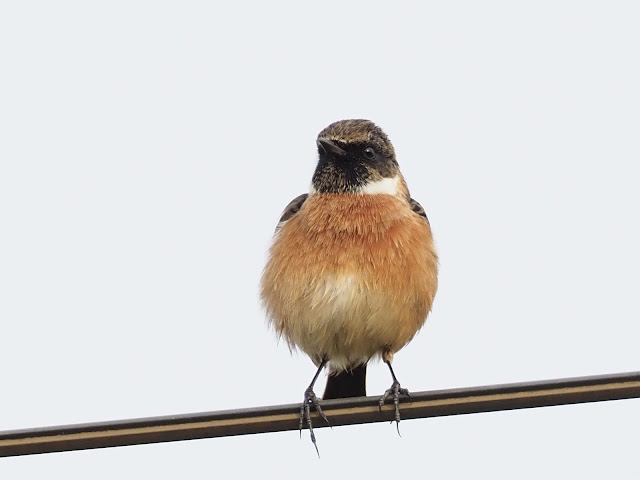 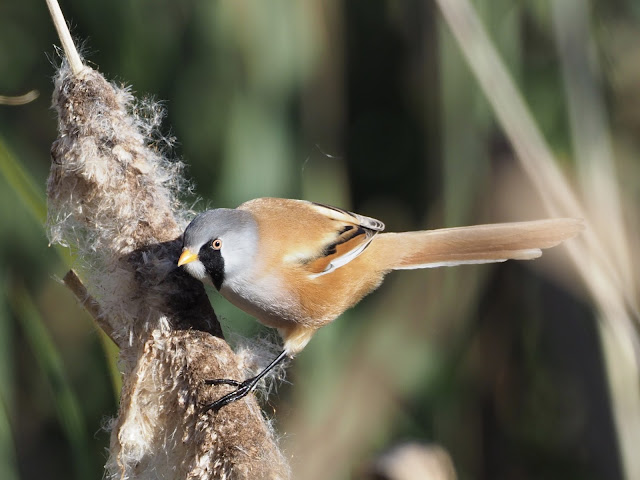 Seaton Marshes has had plenty of meadow pipits 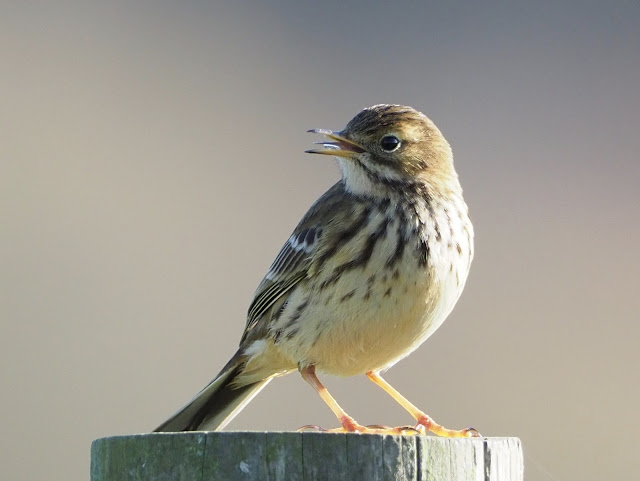 And finally taken last March from a Stuart Line winter birdwatching cruise.  Love the lone dunlin.  A great 3 hours on the River Exe if any of you have never been.  I'm certainly looking forward to this winters trip. 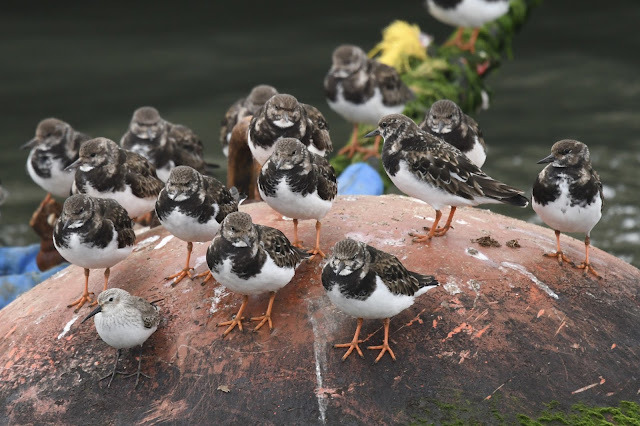 Sue
I live in Seaton close to the Axe Estuary Wetlands and love spending time by the estuary and on the marshes watching the wildlife, and in particular the birds. I combine this with another hobby of mine; that of photography. The area can provide such a variety of interesting and wonderful sights both to see and capture. I've been encouraged to create a blog to share some of what I, and many others are lucky enough to see.